From an article written by: Kurt W. Donsbach, Ph.D.

What if someone told you that your case of severe hardening of the arteries need not lead to coronary bypass surgery or heart attack?

What if someone told you a safe, effective, tested, legal, non-surgical treatment exists which seems to be able to remove agents blocking blood flow in your arteries without side-effects?

And what if someone told you your heart specialist may not have even heard of the treatment and would be reluctant to prescribe it even if he had?

More than one million people die annually, in this country, from heart attacks. Fifty-five percent of all Americans who die of disease each year have an underlying case of atherosclerosis or hardening of the arteries.

A major remedy for arterial blockage is to transplant a vein or artery from the leg, to bypass clogged portions of arteries in the heart. The operation, known as coronary bypass surgery, has a one to four percent mortality rate on the operating table and a 30 percent mortality rate within 2 years. It can cost as much as $50,000.

Because of stress, diet and habits like smoking, drinking and taking in to many of society’s pollutants, many modern Americans develop blockage of their arteries, which leads to poor circulation, senility, stroke, heart attack and ultimately death. The material which blocks blood vessels builds up over several years and is comprised of fats, collagen, cholesterol, and muscle tissue–all bonded together by calcium. This product is known as plaque. 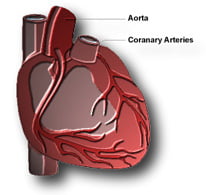 There is a new process which can reverse or reduce atherosclerosis, it’s called chelation therapy, and involves the injection of a synthetic amino acid (EDTA) into the blood stream. Although it has no specific action on cholesterol or triglycerides in the atheromatous plague, EDTA disrupts the plaque by reducing the mineral content of the blood stream. The blood then pulls calcium from the plaque to restore its own balance. The minerals are bound by the EDTA in a form the body cannot use and eliminated via the kidneys. As calcium is pulled from the plaque its cementing action is lost and the cholesterol and other substances are free to again join the blood stream.

This will lead the cholesterol to the liver where much of it will be used to form bile. Thus, it is eliminated from the body. The changes which occur due to this plaque disruption may be dramatic in short period of time. Some, who could not walk across the room without taking nitroglycerin for the angina pains, are out playing golf within six weeks or so. EDTA chelation technique is capable of reversing certain damage to inner walls of the artery but does not correct the basic cause. I is not–and should not be considered–a preventive technique in the same sense as nutritional techniques. But as an emergency measure, it is a life saver.

In all of my years of formulating nutrition products for specific nutritional support in various conditions which inflict mankind, there has never been a more exciting or rewarding product than the oral chelation formula. Oral chelation is probably a misnomer, since the formulation does not attach itself to, or eliminate via the urine, the calcium in the blood stream as does the EDTA form of intravenous chelation. The end result is the same, with considerable less discomfort to the patient, not to mention the considerable less cost.

For over two years I worked with various formulations to arrive at the proper balance which achieves the chelation response. I am deeply indebted to the various researchers who provided me with the pieces of the puzzle which led me to the answer.

Let’s review the beginning of the problem: the free radical attack on the muscle cell in the lining of the artery.

As the cell proliferation begins, T cells sound the alarm that abnormal cells are present and thymus is called upon to produce specific antibodies to control these intruders.

If these protective antibodies are to be strong, we must have a strong thymus and the proper nutrient ingredients to produce them. Thymus extract (nucleoprotein) has been proved over the years to enhance thymus function in this regard. There is no nutrient more important to adequate production of healthy antibodies than pantothenic acid. I therefore came to the conclusion that these two ingredients had to be in a formula which might inhibit atherosclerosis. Vitamin A has been demonstrated to cause the thymus to increase in size, when necessary, by as much as tow hundred percent.

But this approach only bolsters up the body’s ability to resist the undesirable changes brought about by the free radical attack. Common sense will tell you that if we can prevent free radical formation, we have the ability to reverse or reduce atherosclerosis.

At the Preventive Medicine and Nutrition Care Center in Huntington Beach, California, a group of 30 men and women of varying ages averaging 62 years of age were subjected to thermographic and plethysmographic tests of hands and feet to determine the status of their circulatory system. They were then given a nutritional oral chelate formula and instructed to take the product as suggested for a period of 5 weeks at which time the testing procedures were repeated.

The findings outlined here are not only the first time an oral, nutritional preparation has been tested specifically for cardiovascular abnormalities, but the high degree of response is almost unheard of in testing treatment protocol. Cardiovascular disorders are chronic, of long term origin, and to see the high degree of response in just five weeks is very encouraging.

One interesting phenomenon which occurred as a result of this study was that there was greater response in the feet than in the hands. This does not mean that the hands do not respond as quickly but may indicate that the feet had more cardiovascular insufficiency to begin with.

Pulse vigor and volume are a result of multiple factors including the vigor of the muscle of the heart. It is interesting to note that both hands and feet increased in vigor and volume in a significant portion of the group and almost 50% had increased flexibility which indicates less plaque formation in the arteries.

Although no attempt was made to extract such information, an overwhelming number of patients indicated a greater feeling of well-being, less arthritic pain, increased feeling of warmth in extremities, required less sleep, where more mentally alert, etc., all of which can be directly related to an increase in circulation.

It appears that a nutritional support for the circulatory system has been perfected which can significantly alter the course of a condition which afflicts 95% of Americans over the age of 50.

We are seeing rheumatoid arthritis, hypertension, senile changes, and a variety of other conditions which were not of primary concern to the patient upon admittance, but who had signs of poor circulation, respond as a beneficial side effect to the oral chelation therapy program. We routinely see conditions like leg cramps, cold hands and/or feet and numbness and tingling respond, but it sure is nice that the body can heal itself of other conditions when the circulation is restored!!
– Glen C. Mahoney, M.D.

I sometimes sound extra enthusiastic when I talk about chelation, particularly the oral form. I guess its because in the twenty six years I’ve been practicing medicine, this is the first time I have seen anything as dramatic without side effects. It really is a pleasure to watch my older patients literally regain some of their youthful vigor and vitality.
– Keith Kenyon, M.D.